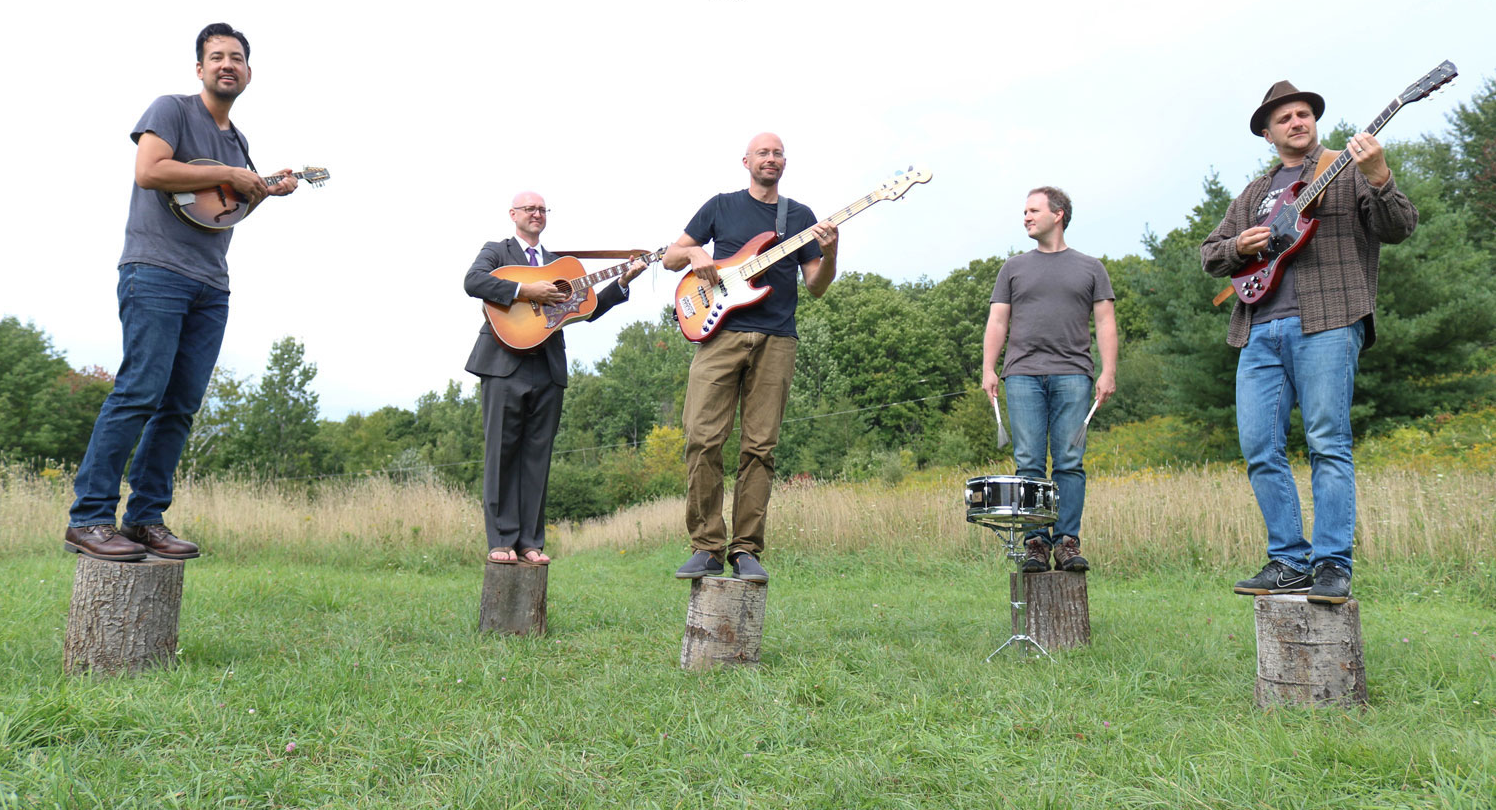 Milton Busker & The Grim Work bring the suit-folk back to Foam Brewers for an evening of foot-stomping, heart-wrenching fun.

Vermont based Milton Busker & The Grim Work formed in 2014 after singer/songwriter Milton Busker ran into his old friend and fellow guitarist David Ball at a local farmer’s market, which is quite possibly the most-Vermont beginning to a band ever. They brought in mandolin player Jom Hammack and played as a three-piece until being joined by bass player John Treybal in early 2016. Dave Simpson rounded out the group on drums shortly after and the group spent some time honing their repertoire at occasional shows in the Burlington area.

The band plays a type of Americana they call “suit-folk”, defined as the people’s music, all dolled up for a night on the town. It is an Appalachian ditty played by Cole Porter. It’s a gospel song for heretics. It’s hippie music for people that can’t afford to drop out. It’s love songs for the kids who couldn’t get dates but still dress up for the dance.

In the winter of 2021, the group entered Lane Gibson studios in Charlotte, VT to record the follow-up to Milton Busker & The Grim Work and expect it to be available in the fall of 2022.

To see the band in “action” check out the video for “That Person Aside You”, their first single from the new album: https://www.youtube.com/watch?v=-SuMrNovVq0

The album can be found on iTunes/Apple Music, Spotify, Google Play, pretty much all of the digital music stores, and at https://www.miltonbusker.com/shop/
ITunes/Apple Music: http://itunes.apple.com/album/id1437429045?ls=1&app=itunes
Spotify: https://open.spotify.com/album/2gwjm47JuCLBg16Putum2Q...
Google Play: https://play.google.com/.../Buj3tqwxlget7yoblgk3kbbc6x4...#

Milton Busker & The Grim Work bring the suit-folk back to Foam Brewers for an evening of foot-stomping, heart-wrenching fun.